So What’s going on with Coronavirus?

So What's Going on With the Coronavirus?

Welcome to another edition of What’s Going on With… our English blog series which takes a look at what’s going on in the news today!

As I am sure you are aware, over the past few weeks there has been a global health crisis surrounding the Coronavirus in China. At the time of writing the virus has killed over 1400 people in mainland China and has infected more than 60,000 people worldwide. The situation has become so unstable that the World Health Organisation has declared a global health emergency! So how did we get to this point? In this blog post we are going to have a look at the timeline of events, there will be some questions at the end to make sure that you were paying attention!

On December 31st 2019 the Chinese government alerted the World Health Organisation to several cases of Pneumonia which had broken out in the Chinese city of Wuhan in the Hubei province of China. Many of the infected people worked at the city’s seafood market. As a safety precaution the market was shut down on the 1st January 2020.

Originally it was suspected that this outbreak was a resurgence of SARS, another illness which had originated in China in 2002, however this was later dismissed. On the 7th January it was announced that a new virus had been detected and named 2019-nCoV belonging to the Coronavirus family, the same family which includes SARS and the common cold.

On January 11th it was announced that the 2019-nCoV had claimed it’s first fatality, a 61 year old man who had shopped at the seafood market in Wuhan. A couple of days later on January 13th the virus had spread to Thailand. And on January 16th Japan declared that they also had a confirmed case of the Coronavirus.

As the situation escalated the United States health authorities announced that they would begin testing passengers arriving in from Wuhan. Many Asian countries followed the United States and announced that they would also be examining anybody arriving from high risk areas in China. By late January many European airports were also carrying out similar checks from passengers arriving from Wuhan.

As the disease spread further and the death toll continued to rise, Beijing announced that they would be cancelling events for the Lunar New Year starting on the 25th January. By January 24th 26 people had died from the virus in China and over 830 people had been infected. As a result the Chinese government put 13 cities in Hubei province, including Wuhan, under lockdown affecting 41 million people in China.

As a further precaution against the virus spreading, the Chinese government announced that it would be closing down Shanghai Disney World along with several other entertainment venues including a section of the Great Wall. By the 25th January 56 million people had been affected by the virus as the Chinese government announced travel restrictions in another 5 cities in Hubei province.

The virus continued to spread throughout China, on the 30th January the World Health Organisation announced that the virus had spread to all 31 provinces of China and had killed 170 people in the country. As a result the World Health Organisation announced that the Coronavirus was now officially a global emergency. On January 31st Russia, Spain, the United Kingdom and Sweden all confirmed their first cases of the virus.

On the 2nd February the first Coronavirus related death outside of China was confirmed in the Philippines. At this point the death toll in China had risen to 304 with 14,380 infected. The next day on the 3rd February the Chinese government announced another 57 deaths from the virus, bringing the total up to 361.

The global infected and death rates continued to grow. On the February 7th Li Wenliang, a doctor who had first brought attention to the virus died. Wenliang had previously been arrested by the Chinese government on the 3rd February for ‘spreading false information about the virus.’ After being released Wenliang returned to work where he contracted the virus.

On February 8th an American citizen died in Wuhan, the first foreign national to be killed by the virus. February 10th would see the deadliest day of the virus outbreak to that point with 97 new deaths reported bringing the total confirmed death count up to 908. In order to avoid confusion the World Health Organisation decided to officially name the new virus Covid-19.

At the time of writing the Coronavirus virus has claimed more lives than during the SARS epidemic in 2002-2003. The past few days have seen the deadliest days of the virus so far. The World Health Organisation is still unable to contain the virus as the number of those affected and the death rate continues to rise.

Let's see how much you remember! 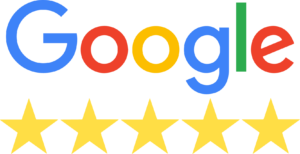