In today’s blog post we are going to talk to the newest member of the Teachify team, Sean O’Mahony!

So Sean, to begin with where are you from?

I’m from a town called Tralee in the region of Kerry in the south west of Ireland.

Great! So what brings you to Spain?

I used to come to Spain a lot as a child and fell in love with the language and culture.

My Grandfather used to be a Spanish teacher and he would teach me some words here and there and would tell me about his time in Spain. His son (my uncle) moved to Santiago de Compostela when he was in his twenties and never left. I visited him a couple times there and he shared his love for Spain with me as well.

When I was in Secondary school I could take Spanish as an optional subject and I found I had a knack for it. After school, I decided to study Spanish and French which allowed me to further improve my Spanish, delve deep into the literature, history and culture of Spain and I was also able to travel to Salamanca in my third year to do my Erasmus.

When I finished university, I decided I would move to Madrid and teach English. I then decided to move to Seville where I am currently.

Wow! And what do you enjoy doing in your free time?

In my free time, I love to do weight training in the gym, try new cafés with friends, go hiking, go on road trips, discover new restaurants in the city (I’m a real foodie!).

Tell us what your favourite food?

Who is your hero and why?

I don’t exactly have one! Although my parents could be considered «heros» I suppose. Their love and dedication to me has allowed me to become the person I am today.

I'm sure that counts! So tell us what motivates you at work?

What motivates me is when I see students making progress week in, week out. It’s an honour and very motivating to see them applying the new words and grammar we have been working on and showing up to class enthusiastic to speak English! It makes me feel like what I am doing is worthwhile 🙂

Great! So more importantly - what is your go-to Karaoke song?

Guilty pleasure? : «I wanna dance with somebody» by Whitney Houston.

And what annoys you most?

People who are too enthusiastic in the morning. I’m not functional before I have my coffee XD

If you won the lottery, what would you do?

I would help any family members pay off loans, debts etc. Then I would probably buy myself a nice car, do lots of travelling, and depending on the amount: invest in shares, crypto etc.

What are you looking forward to most now you have joined Teachify?

I’m most looking forward to the flexibility of teaching online as well as the focus on speaking and natural expression that Teachify prides itself on! Also, working with an amazing team of teachers who are dedicated to helping students improve their English and who are also, as we say in Ireland, great «craic» (fun) to work with!

What advice have you got for our followers?

Input, Input, Input! Surround yourself by English as much as possible: watch Netflix in English – with English subtitles if you feel confident, listen to music in English, read articles in English, twitter etc. There are so many ways! Also, practice speaking with others who are learning English: family members, partner, friends, or even just talk to the dog if you don’t have anyone else. Make your learning as fun as possible! Lastly, follow us on social media and listen to our podcast.

Progress not perfection! I like the 1 percent rule. Aim to be 1 percent everyday. This is great advice not only for learning English but also for life in general. 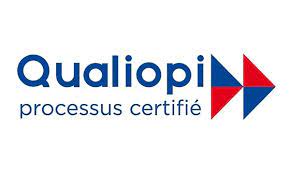